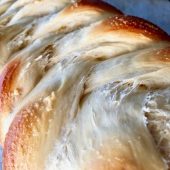 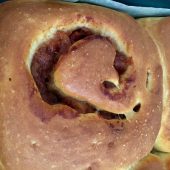 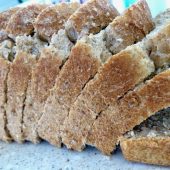 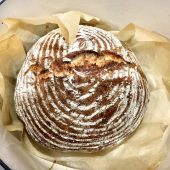 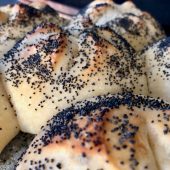 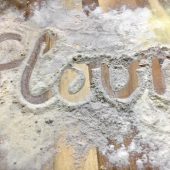 Gluten strength is an important factor in bread baking performance. It contributes to the ability of dough to rise and maintain its shape as it is baked.

Gluten proteins are the most important protein group in bread making. Gluten forms when water is added to flour and is mixed. During mixing, a continuous network of protein forms, giving the dough its strength and elasticity. By holding gas produced during fermentation, the protein network allows bread to rise. It also allows the dough to maintain its shape. These two functions of the protein network are what give bread its chewy texture. 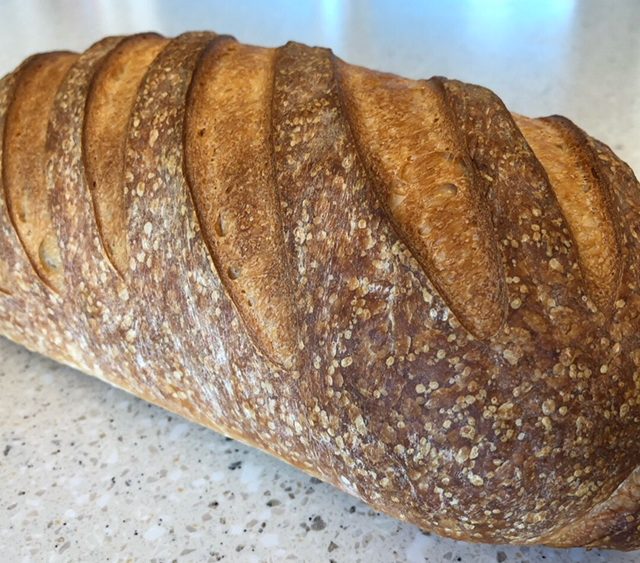 There are several factors that can affect gluten performance.

Gluten strength is different in all varieties of wheat. The differences are caused by the unique number and combination of glutenin and gliadin polypeptides in each wheat variety, resulting in varieties with slightly better gluten strength than others. Bread that is baked using a “better” quality variety may have a higher loaf volume than bread baked with a “lesser” variety, even when both varieties have the same protein content.

Environmental conditions during the growing season can also have a large impact on gluten strength. Excessive rainfall, especially early in kernel development and during grain filling, can have a negative impact on gluten strength. Likewise, heat stress or frost prior to full maturity can halt formation of gluten protein components, resulting in weak dough properties. Some varieties are affected more by environmental conditions than others.

New varieties of Canadian wheat intended for bread making undergo three years of rigorous testing for their agronomic performance, disease resistance and end-use quality performance prior to being registered. There is a range of acceptable gluten strength within each class of wheat, and all new varieties must fall within that range during the three year test period. Once registered, they can then be delivered and sold as milling quality wheat.

When millers and processors buy Canadian bread wheat, they have expectations about how that wheat will perform when it is milled and baked. Wheat is visually inspected for a number of grading factors which predict how wheat will perform. The effects of these factors on milling and baking performance are known and predictable because of scientific study. Furthermore, because registered Canadian wheat varieties meet end-use quality performance criteria, visual assessment for physical damage is an effective means of classifying and grading wheat.