The Role of Salt in Bread

The role of salt in bread. 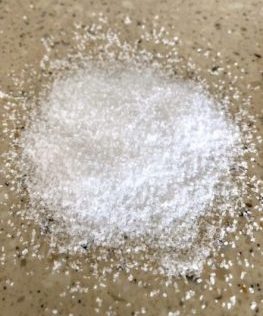 Table salt is the most common type of salt used in cooking. It is mined from salt deposits on land and then refined to remove naturally occurring minerals. Salt contains anti-caking additives to give a consistently fine free flowing texture. Most table salt is fortified with iodine and this is known as iodised salt. 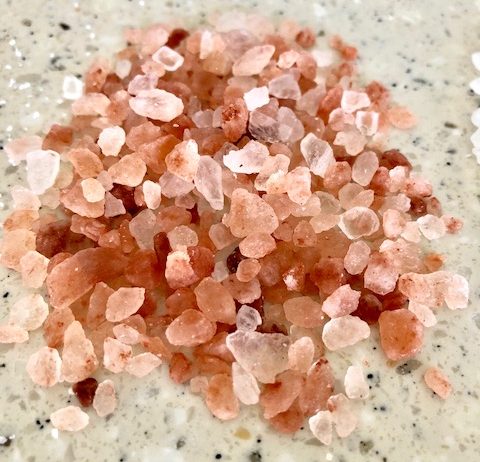 Pink Himalayan salt is made from rock crystals of salt that have been mined from areas close to the Himalayas. The rose coloured hue is from trace minerals in the salt like magnesium, potassium, and calcium. 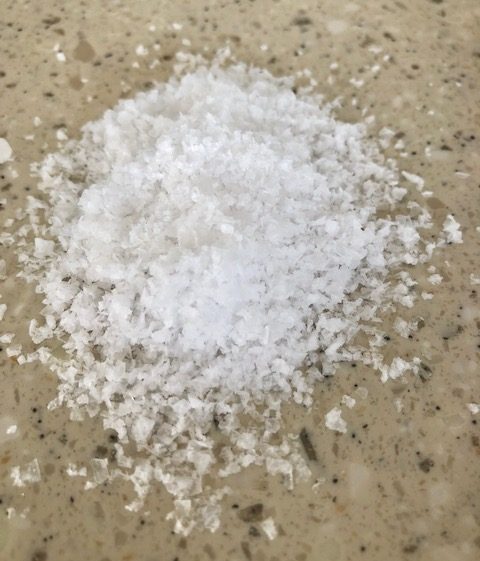 Kosher salt comes from land salt mines but, unlike table salt, it is less processed and contains fewer additives. Kosher salt has a coarse and flat grain which makes it easy to crumble with your fingers. Its crystal size also makes it perfect for curing meat. Kosher salt does not contain iodine. 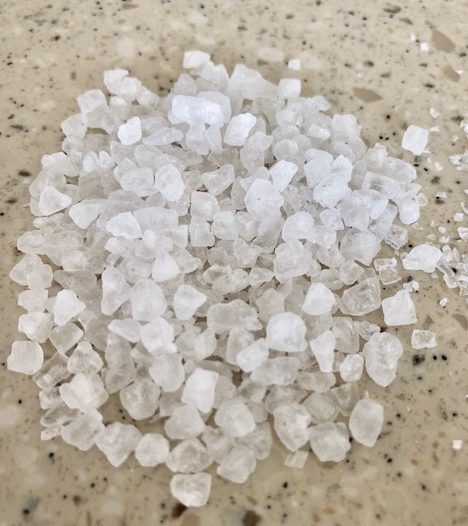 Sea salt, available in fine or coarse crystals, is distilled from ocean water. It undergoes  minimal processing and as a result it retains natural minerals including calcium, magnesium, and potassium. The minute amounts of minerals in sea salt may be enough to affect its flavour or colour but won’t have any meaningful impact on your nutrient intake. Sea salt can be fine or coarse grained, most brands are not iodised.  By weight, all types of salt have 40 percent sodium. For example, one gram of table salt, sea salt, or kosher salt each has 0.4 grams of sodium. A teaspoon of coarse grained salt contains slightly less sodium, which is because a teaspoon of coarse salt weighs less than a teaspoon of finely grained salt. Generally, salt makes up 2% of flour weight.

Salt provides flavour to bread, it is not a substitute for the fine flavour created by time fermented dough. The role that salt plays is to enhance the flavour, not to take the place of the bread’s flavour.  Without salt baked bread would be tasteless, bread made with too much salt would be unpalatable.  Salt helps tighten the gluten structure and this tightening gives strength to the gluten structure. This enables the dough to encapsulate the carbon dioxide which is released into the dough as a by-product of the yeast fermentation.

Salt has a retarding effect on yeast and salt extracts moisture from the yeast’s cell walls. Yeast cells require a certain degree of hydration for them to function, the water that is released from the cells causes yeast’s fermentation or reproductive action to slow down.

If there is too much salt in bread it causes the yeast to retard to the point where there is a marked reduction in volume. Too little salt or none at all will cause the yeast to ferment too quickly, the right amount helps the baker control the pace of the fermentation.

Salt indirectly contributes to the crust colour. Flour starch is converted into simple sugars by amylase enzymes and the yeast consumes these sugars in order to generate fermentation. Salt slows the rate of sugar consumption which means that residual sugar is available at the time of the bake to colour the crust. If there is an absence of salt, yeast quickly consumes all available sugars and the crust on the bread will be pale and dull. Carotenoid pigments* naturally present in unbleached wheat flours produce a creamy colour and are where wheat’s characteristic aroma comes from.  Salt has a positive effect on preserving the carotenoids. If salt is added in the later stages of dough mixing it is detrimental to the carotenoids; this oxidises and creates a bread with a whiter crumb and less aroma.

The most common salts used in bread making are non-iodised granular salt, kosher salt, and sea salt. Since the size of the grain structure varies so much between salts it should be weighed. Measuring with tea spoons will result in inaccurate weights. The best way to weigh small quantities is using a scale with two decimals places.

*Carotenoids are plant pigments responsible for bright red, yellow, and orange hues in many fruits and vegetables. These pigments play an important role in plant health. Carotenoids also act as antioxidants in the human body.

Below are a couple of places you can buy different types of salt.