I wanted to perform a bread bake that shows the effect that Diastatic Malted Barley Flour (DMF) would have upon the dough through the various stages of the baking process.

I decided to bake a 40% wholemeal loaf from the Ken Forkish book Flour, Water, Salt, Yeast (FWSY).  I plan to halve the ingredients and put .5g of DMF that I recently created to one half of the ingredients for a side by side bake and compare.

The reason that I use potato water is because it improves the texture, aroma, and helps maintain the freshness and it also helps improve the rise of the loaf. The rise is improved by the starch from the potato water which provides food for the yeast during the fermentation process. The carbon dioxide that is produced by the yeast helps the dough rise and gives bread its texture and crumb.

I followed the steps from the recipe to hydrate the ingredients in each bowl mixing by hand to achieve a fully hydrated dough. I covered the two doughs and left them to autolyse for thirty minutes, which is a French term meaning “to rest”.

I then began a mixing technique that is detailed in FWSY. The method that I followed is to pinch and fold the dough which is two separate techniques, the process is simple enough delivering very good results.  The final part once the ingredients are fully incorporated is to perform several dough stretches over a few hours which helps develop the gluten. The dough is left at room temperature for several hours, I take it out carefully and make them into boules seam side down placed into wooden bannetons, I have used kitchen bowls which are equally as effective. The dough is bagged in a none breathable food safe bag, I tag one so I know which has the DMF. I peg or clip over the opening to form a seal which helps keep the bag from touching the top of the dough as it slowly rises in the fridge for 12 to 14 hours. 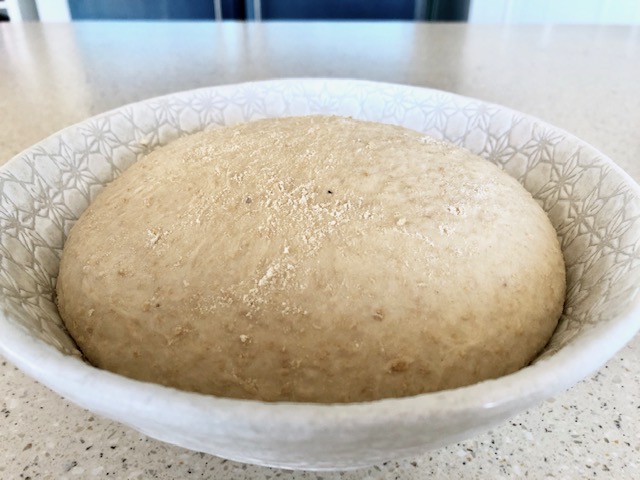 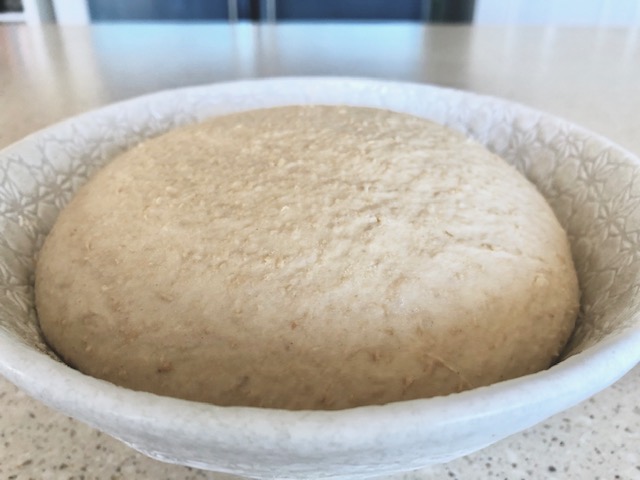 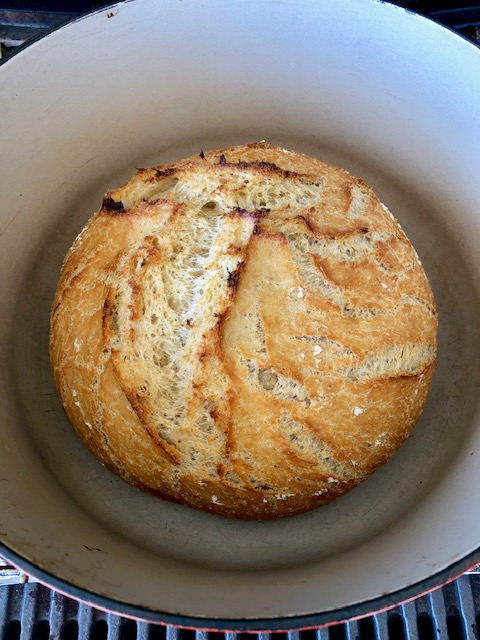 The next day I set the BBQ to the temperature required. Prior to that I placed into the BBQ a casserole dish/ Dutch oven to be primed for the bake for about half an hour. The dough is inverted from the dish onto a bed of flour and carefully placed into the super hot Dutch oven (seam side is now up). The bake takes 30 minutes with the lid on and around 8 minutes with the lid off. After removing the lid I checked the temperature with an instant read thermometer at 6 minutes to determine how far off the target temperature is, the bake will be complete once the temperature is 195 degrees in the middle of the loaf. 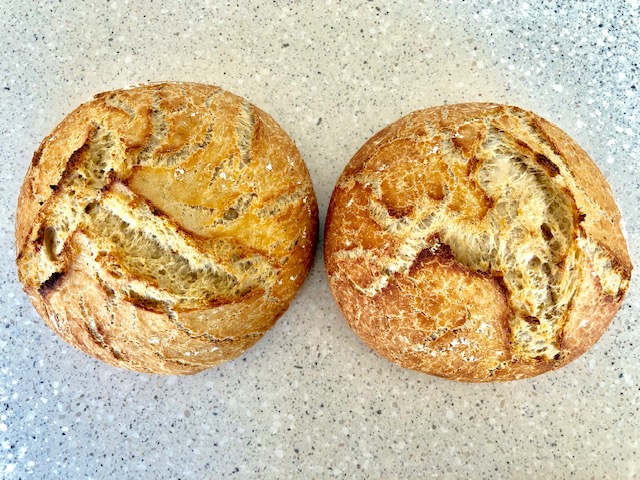 The left Bake With Diastatic Flour, Right Bake Without.

On appearance the two loaves appear similar in colour and there is difference in the rise that I can see between them.

Now that the loaves have cooled I can slice them to compare the crumb of each loaf. The crumb is the texture of the soft inner part of the bread, an open crumb has lots of open air pockets such a French stick, opposed to a denser more closed crumb such as brioche. 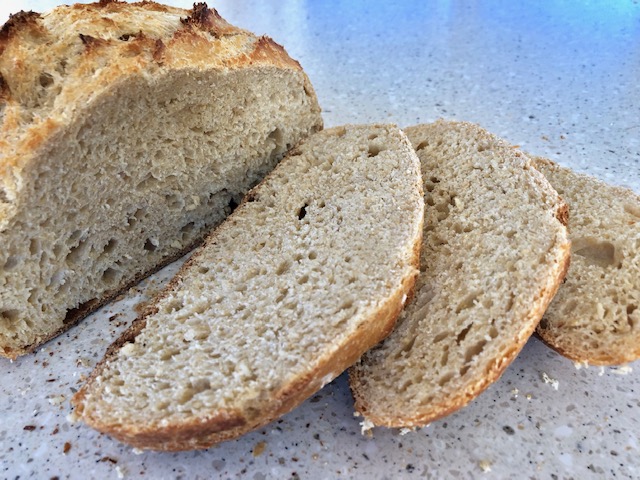 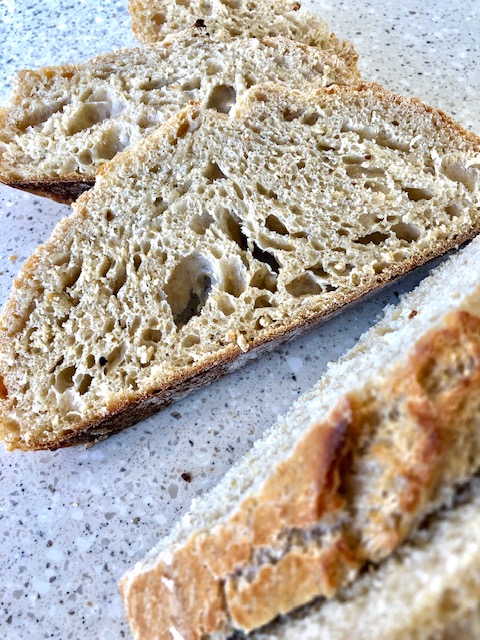 The crumb is very open as you can see in the loaf that had the .5g’s of DMF and upon tasting there is a very marked difference in flavours too. Overall the results are very different. It is very apparent that the DMF is very potent as it adds to the rise, aroma, and taste of the loaf.

Ken Forkish’s book Flour, Water, Salt, Yeast the fundamentals of Artisan Bread and Pizza offers some of the most inspiring bakes great facts and fresh ideas. Whether you’re a total beginner or a serious baker, FWSY has a recipe that suits your skill level and time constraints.